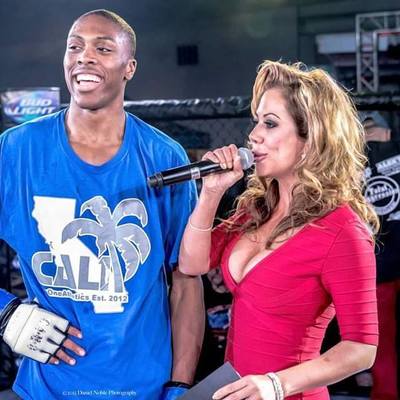 Fighting for a major organization has made Jalin Turner ineligible for regional rankings.

Jalin Jacob Turner was born in Los Angeles, California and attended Summit High School in Fontana. His athletic aspirations were hampered by several injuries, including a broken finger that hindered his wrestling tryout before his sophomore year. It was around this time that Turner discovered MMA and was inspired to train. Having little money at first, Turner ran, shadow boxed, and used the family couch as a punching bag in lieu of traditional training and equipment. Turner joined Adrenaline MMA as a senior in high school. He is a brown belt in Brazilian jiu-jitsu.

Turner made his pro-debut in 2016 and amassed a 6-3 record across six different promotions before appearing on Season 2 of Dana White's Contender Series. He defeated Max Mustaki by first round TKO. Turner has gone 6-2 in the UFC, with all six wins being finishes (3 TKO victories, 2 rear naked chokes, one guillotine choke). He lost his only Welterweight bout to Vicente Luque by KO (UFC 229). Turner earned a Performance of the Night bonus at UFC 276 by submitting Brad Riddell in the first round.

Turner adopted his nickname "Tarantula" after he adopted several pets tarantulas to overcome his fear of spiders. He had allegedly owned 200 at one point. The nickname is also an homage to Anderson "The Spider" Silva, whom Turner was inspired by.