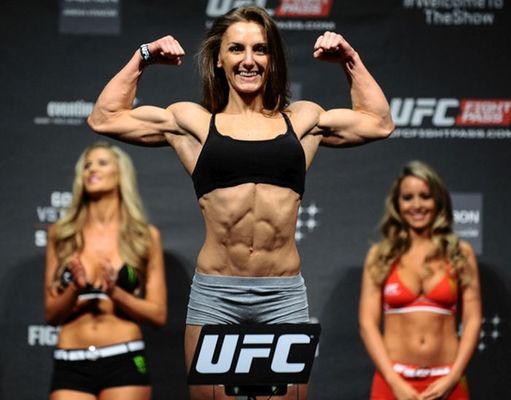 Aleksandra Albu is ineligible for regional rankings due to inactivity.
Fighters must have at least one completed MMA bout in the past two years to be ranked.

Aleksandra Albu (6-0 MMA, 1-0 UFC), was born in Vulcanesti, Moldova; during the Soviet Union era. She is currently living and fighting out of Russia. Albu made her UFC debut against Polish fighter - Izabela Badurek in a women’s strawweight bout at UFC Fight Night 64: Gonzaga vs. Cro Cop 2. After a dominate Round 1, Albu entered Round 2 with the same intensity, while Badurek appeared sluggish. After Budrek went for a double-leg takedown, Albu sunk in a Guillotine choke, with Bardurek tapping soon after; giving Albu her debut victory at 3:34 in Round 2.

Albu is a black belt in Karate and is currently attending the Russian State Academy of Intellectual Property, in Moscow. Albu also works as a Crossfit instructor.

Albu returned to UFC action following a layoff of two years and three months when she took on Kailin Curran at UFC 214. She won a bloody fight via unanimous decision (29-28, 29-28, 29-28) in what was one of the best bouts of the night.