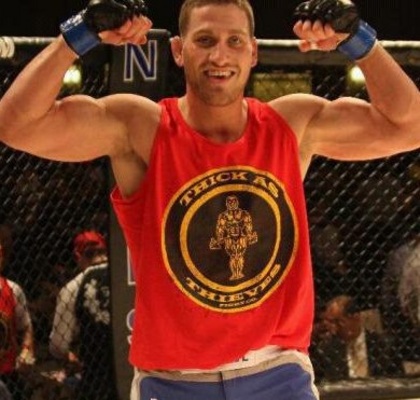 Josh Stansbury is ineligible for regional rankings due to inactivity.
Fighters must have at least one completed MMA bout in the past two years to be ranked.

Josh "The Sandman" Stansbury is a professional MMA fighter out of East Liverpool, Ohio. Josh took his first fight in 2005 at age 21. He amassed a record of 10-2 as an amateur before turning pro in 2009. As a pro he has built a 7-2 record. Avenging both pro losses.

On March 25, 2014 it was officially announced that Josh would be featured on Season 19 of "The Ultimate Fighter."  The show debuted on April 16, 2014 with a two-hour premiere on Fox Sports 1. He fought Irishman Chris Fields in his fight to enter the TUF house. Everything was going as planned as Stansbury dominated the entire first round. He dropped Fields early in the round with a right hand. Later in the round Stansbury went for a takedown and injured his left knee. He sees the injury as a blessing in a way. He is now more focused and feels healthier than ever. The UFC found him a great doctor and covered his procedure.

☆On November 21, 2014 Josh fought Jeremy Osheim (6-0) for the Prize Fighting Championship light heavyweight title. Josh won 3 minutes into the first round by guillotine submission. The fight took place in Denver, Colorado.
☆On October 24, 2015 Josh fought Victor Jones (3-1) at Gladiators of the Cage 19 in Cheswick, Pennsylvania. He won by rear naked choke in the 1st round to improve his record to 7-2, on a 7 fight win streak.
Ultimate Fighter 19: Team Edgar vs. Team Penn

●The Ultimate Fighter Season 23 debuted on April 20, 2016. Josh advanced into the house by defeating Trever Carlson via Americana in the 1st round. New episodes airing every Wednesday at 10pm on Fox Sports 1.

●Episode 8 of TUF23 featured Stansbury vs. Abdel Medjedoub of Team Claudia. Josh defeated Abdel via majority decision after 2 rounds. Stansbury advances to the semi-finals for Team Joanna and is the only light heavyweight from Team Joanna to advance.