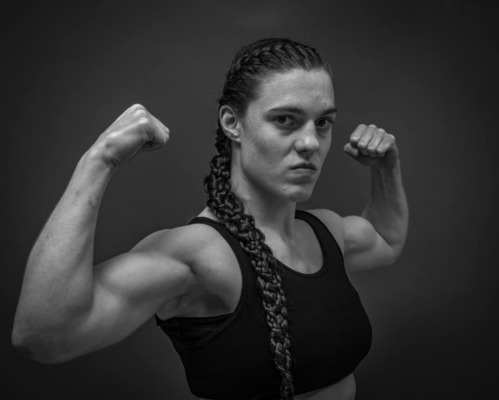 Hope Chase is ineligible for regional rankings due to inactivity.
Fighters must have at least one completed MMA bout in the past two years to be ranked.

Undefeated Hope Chase Nominated for Amateur Fighter of the Year.
December 25, 2017** Undefeated Women's Amateur MMA Fighter, "Hurricane" Hope Chase" was nominated for the BluegrassMMA Amateur Fighter of the Year Award. She was the sole female nominee among 12 amateur nominees. BluegrassMMA mentioned Chase's Bizzarro Promotions Amateur Women's Bantamweight Title victory back on November 22, 2017 as a consideration for her nomination. BluegrassMMA explained that the title fight was accepted by Chase with four days' notice against an opponent with more experience. Her undefeated 3-0 record in 2017 was also cited.
Source: BluegrassMMA Link: https://www.bluegrassmma.com/2017/12/2017-bluegrassmma-awards-amateur-fighter-year-nominees/