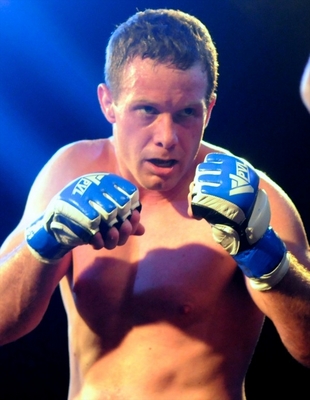 John Raio is ineligible for regional rankings due to inactivity.
Fighters must have at least one completed MMA bout in the past two years to be ranked.

John Raio has a wrestling background winning the 125 pound State Championship back in 1995. He also wrestled for Plymouth State University and University of Southern Maine in college. Raio is a mailman by trade, earning him the nickname First Class. Raio has competed on all four of the Fight Night's in Maine coming away victorious in all four of those bouts. He would make his professional debut on Fight Night 5 against another fighter turning pro Ray Wood. Raio would go on a 4 fight losing streak losing all 4 of the fights by TKO including a loss at Bellator 93.

Raio was hired on as Manger for Athlete development for New England Fights.

Johnny Santa Maria is 37 today! Send him a Tweet.