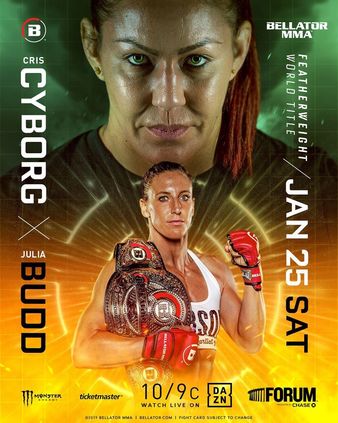 Pettis vs. Khashakyan
Alfred Khashakyan, DEC
Eh... I hope Sergio can find some consistency in Bellator, because Khashakyan seems to be anything but a pushover for his first fight. But at least they aren't giving him the MVP treatment.

Millender vs. Murrietta
Curtis Millender, TKO, R1
I would think that after a stint in the UFC, fighting more or less good competition in an exciting manner would at least make Curtis a main-card-level fighter in Bellator. Maybe this is Scott Coker's way of being petty while still signing an actual decent WW? Whichever it is. If Murrietta can wrestle, then maybe he's got a shot, but he'll probably just TAKE a shot...

This is one of the first bellator card in a while to not be **** with Rupaul Cyborg vs Budd ,Lil Pettis, Pico and MIllender, I recognise Corralez, Boric, Arculates  and Caldwell and seen some of their fights be impresive right. And My big booty Bitty Loureda and Conor ***** Dannis and a Gracie was supsose to be on the card to

Tapology members can make predictions for upcoming MMA & Boxing fights. Bellator 238 is still open for picks to be entered. Create an account to make your predictions.