This is the official discussion thread for Cormier vs. Mir. Let's see what you've got. 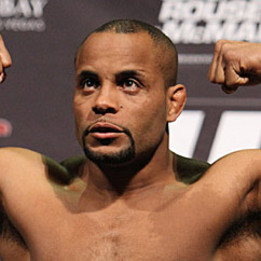 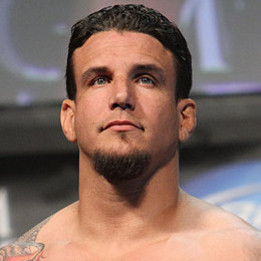 Not sure what all the hubbub is about, but I looking through the comments on this last page, I do agree that Mir is a step down from Barnett.  Mir is going to get destroyed by Cormier. It's an uninteresting fight, but the heavyweight division has no depth.

I'd say that Mir and Bigfoot are comparable challenge-wise, but bring different things to the table.

I could see the misconception that Mir would seem like a step down from Barnett because Cormier just matches up better against someone like Mir.  Cormier's got crazy power and Mir's got a weak chin.  I think for Cormier, Mir is absolutely an easier fight than Barnett.
As much as I dislike Mir, he's been beating much tougher competition than Barnett.  It's a small step up, in fact I have Mir and Barnett as #7 and #8 respectively, but a step up nonetheless.

Dont see how Mir is a step down. how do we even gauge how good Barnett is currently. His best wins are mid-tier russian and rogers. Who is to say Mir would have done the same thing. Yet, Mir has beaten better competition. Mir's jitz is arguably..IS better, and his standup is just as good.


Not a step down.

Mir is too easy to KTFO.  It's his huge glaring weakness. Barnett is tough as nails.

But let's wait and see how Cormier vs Mir plays out.  It's not totally fair to compare since each fight is different, but the manner in which Cormier handles Mir as compared to how he handled Barnett will be worth discussing.

Cormier has the great olympic wrestling pedigree, the cardio, the speed, and great boxing skills, while Mir has the experience, the size, and the most dangerous submission game in all of MMA. The longer the fight goes, the more it plays in Cormier's hands. Mir has had problems in the past with wrestlers that have a good striking game, but then again Cormier has never faced a top tier fighter like MIr.

There's also a lot at stake here. If Cormier wins, he solidifies his place among the elite HWs in the UFC. If Mir wins, then it could put Mir right back in the title picture.

At this point, it looks like the odds are in Cormier's favor, but Mir does better as the underdog on most occassions. When he was the underdog he broke Tim Sylvia's arm, almost took Tank Abbott's leg home with him, almost dislocated Pete Williams shoulder, and broke Big Nog's arm.

It's a tough fight to call, but I think Cormier takes this one by 2nd or 3rd round TKO.

God I hope Mir wins.. I can't really see it though.. But Mir only loses by KO, Can Daniel knock him out? Probably but I'm not so sure he will though.. COME ON MIR.

@Gregory.. Mir isn't a stepdown from Barnett.. No chance.

Yeah but it's my word against your word. I say no chance back to you my friend!  We're at a stalemate!

Mir has just fought for the title, Cant say i see Barnett doing that.

That was the fight I wanted to see after SF folded. Barnett vs Mir. Would have been a dope fight, but now we're not even sure that Barnett will sign.

"Mir has just fought for the title, Cant say i see Barnett doing that."

Because Overeem failed a drug test and Mir was the only one on a win streak.

I wouldn't call Mir a step up or down vs Barnett. Barnett was consistently ranked as a top 5 heavyweight until his last suspension disqualified him from the rankings. He may not have faced the best since Pride closed shop, but he did win 8 in a row against some B-level guys. Mir was recently a champion, but his fights with Cro Cop and Big Country were nothing to write home about. I'd personally think that Mir vs Barnett would be a much closer contest than this one. Cormier will use the threat of takedowns to open up his punches. If he's smart he won't shoot until the last 20 seconds of a round so Mir has no time to work for submissions.

"Any hype about Cheick Kongo is a lie. Odds are his fight is going to suck. The Pat Barry fight is the exception, not the other way around."

@allhailkrull ... Thats a pretty stupid statement really. Frank Mir deserved to fight for the title.. He knocked Cro Cop the **** out (who had only lost 1 of his last 7 before that fight.) It wasn't a good fight but a great KO. He then completely dominated Big Country from bell to bell, who had only lost to JDS after winning tuf. I thought it was a great fight.. And then of course, he snapped Nogs arm.. he submitted Big Nog!!! Its not the best guys in the world but as you say no one deserved it more.. So he did deserve the title shot.

If Barnett was given that road to the title he most likely would have gotten the shot as well.

@AllHailKrull Barnett winning against Crocop ? Sure...

" I feel like Davy Crockett on the walls of the Alamo, swinging Old Betsy as the enemy swarmed in with bayonets. Sheesh. Listen you young punks....." - Bill Burgess

To pretend that Cro Cop was anywhere near the level he was in Pride is ridiculous. Barnett would have steamrolled him.

@AllHailKrull so the gif is proof that Barnett would KO Crocop ? Sure...

" I feel like Davy Crockett on the walls of the Alamo, swinging Old Betsy as the enemy swarmed in with bayonets. Sheesh. Listen you young punks....." - Bill Burgess

It's absolutely a good representation of what time and mileage can do to a once great fighter.

I'm not sure you are smart enough to comprehend that though.