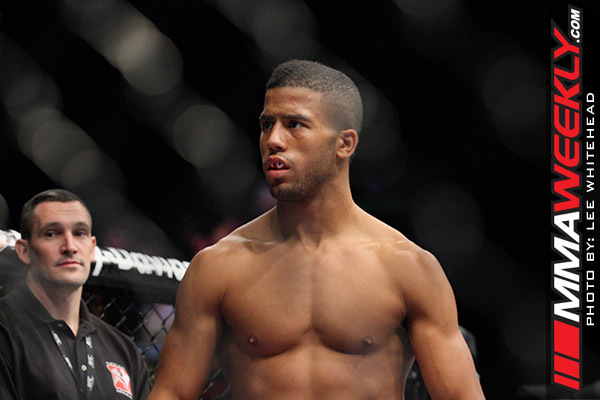 Jason Young is ineligible for regional rankings due to inactivity.
Fighters must have at least one completed MMA bout in the past two years to be ranked.


Jason 'Shotgun' Young is an English mixed martial artist, born in Lewisham, South London on the 28th of June, 1986.

Jason started kickboxing at the age of 7 and trained for 5 years. He found the sport of MMA aged 17 and started training with Team Titan.


He made his professional debut aged 20 in August 2006, fighting for Cage Rage/UCMMA  against Paul Phipps on their

Cage Rage - Contenders 2 card. He went on to capture their British and UK1 Lightweight titles and achieved a notable majority decision victory over Abdul Mohamed.

In March 2010, Young fought an unbeaten (9-0) Paul Sass in Olympian MMA Championships at their OMMAC 4 event, Young lost via

Heel Hook at 2:01 of the first round. Young's bout with Jorge Britto at Knockout Entertainment's MMA 1: The Reckoning was awarded Fight of the Year 2011 by The Score Fighting Series.

Young was set to face Akira Corassani in April 2012 at UFC on Fuel TV 2, but Corassani was forced out of the bout with an injury

and Eric Wisely stepped in as a replacement, Young gained his first UFC victory winning the fight via unanimous decision.

In Septemper 2012, Young took on Robbie Peralta at UFC on Fuel TV 5,  Young lost the fight via KO, 23 seconds into the first round.