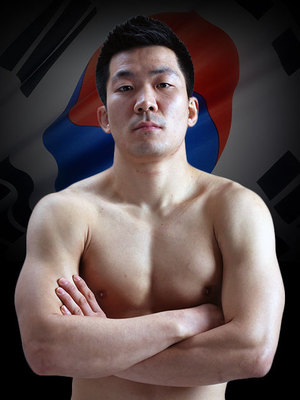 Kil Woo Lee is ineligible for regional rankings due to inactivity.
Fighters must have at least one completed MMA bout in the past two years to be ranked.

Lee has fought in ROAD, DEEP and Sengoku. Lee's career started off shaky as he went 1-4 facing a number of top fighters such as Shintaro Ishiwatari, Kyung Ho Kang, and Makoto Kamaya. He entered the 2013 ROAD Bantamweight tournament that would make the winner the new Bantamweight champion. Lee scored back to back upset victories over Jung Gi Hong and Jae Hoon Moon to make it to the finals. In the finals he faced fellow tournament surprise Min Jung Song, Lee won by split decision to become the new Bantamweight champion of ROAD.

After a year and a half out of action Lee made his first title defense at ROAD 20 against hot prospect Yoon Jun Lee. Kil Woo would fall to a head kick in the opening round and lose his title.