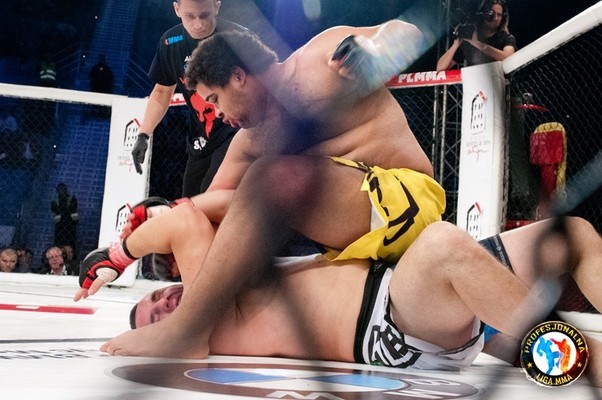 Filip Toe is a young Polish Heavyweight MMA fighter. After starting the practice of Judo early in his life (according to him, his parents send him to it, because he kept fighting with his brother), he then moved to other martial arts disciplines and finally to full time MMA. He made his professional debut in March 2014 for the PLMMA organization winning the fight with a Ground-and-Pound TKO in the 2nd round, after which he surprised the spectators by doing a perfect cartwheel while celebrating his victory. Despite suffering a setback in his next fight after being outmuscled and outpunched by another debutant Łukasz Lozze in October, he followed it with 2 more TKO victories in November and December respectively closing his first pro year at 3-1 and fulfilling his plan of fighting 4 times.