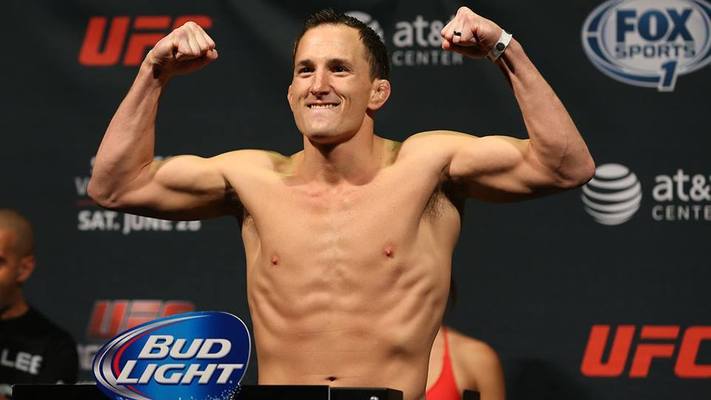 Joe Ellenberger is ineligible for regional rankings due to inactivity.
Fighters must have at least one completed MMA bout in the past two years to be ranked.

Joe Ellenberger is a former Marine and MMA fighter, he is also the brother of welterweight fighter Jake Ellenberger. He is a 2 time All American NCAA wrestler, NAGA Champion and won the 155lb Victory Fighting Championship. He also holds a blue belt in Brazilian Jiu Jitsu.

He began his MMA career with a 10-0 record, with his first fight happening when his brother signed him up because he was fighting the same night. Then in October 2009 he was diagnosed with a rare blood disease paroxysmal nocturnal hemoglobinuria. It would sideline him for 2 years but he was medically cleared again in May of  2011. He would pick up two wins before dropping a decision to Justin Salas. He would pick up two more wins before signing with the UFC. He would pick up a Split Decision win over
James Moontasri in his UFC debut but would drop his next bout to Bryan Barberena getting finished for the first time in his career by TKO in the third round.