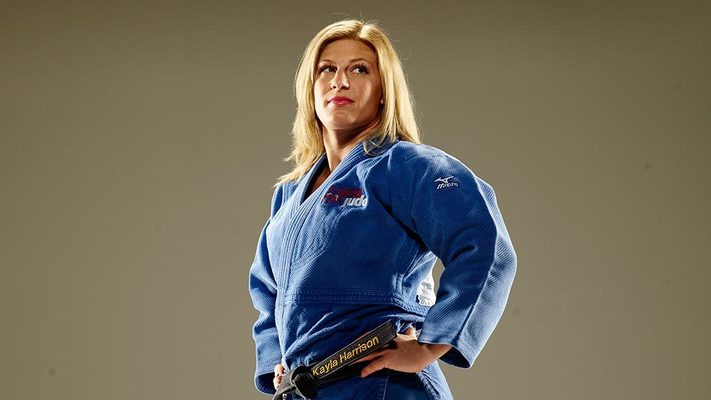 Fighting for a major organization has made Kayla Harrison ineligible for regional rankings.

Kayla Harrison is an American former Judoka and who competed in the 78 kg weight category and current mixed martial artist who competes in the lightweight category. She won the 2010 World Championships, gold medals at the 2012 and 2016 Olympics, and gold at the 2011 and 2015 Pan American Games. As well as this she has medalled at and won multiple Grand Prix, Grand Slam, World Cup, and World Championship events, has a JudoInside record of 208 - 50, and was ranked number 1 on the IJF World Ranking for seniors U78kg from 2012 - 2017.

Born in Middletown, Ohio, Harrison took up judo at the age of six, having been introduced to the sport by her mother, who was a black belt herself. She began training and won two national championships by the age of 15.

On August 31, 2016 the United States Judo Association (USJA) made a batsugun promotion of Kayla to rokudan (6th Degree Black Belt) making her the youngest person in the US to ever be awarded this rank.

Harrison, a former training partner of fellow judoka Ronda Rousey, announced in October 2016 that she had signed with World Series of Fighting. While she will initially work as a commentator she said she was also signed as a fighter for the company. Making her MMA debut at PFL 2 on June 21, 2018 against Brittney Elkin in the Women's Lightweight division. In 2022 she signed a multi-year contract extension with PFL.