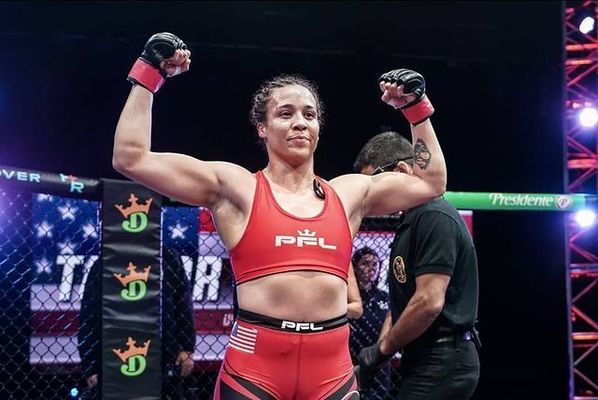 Fighting for a major organization has made Taylor Guardado ineligible for regional rankings.

Taylor  Stratford is a rising prospect in Women's MMA. Fighting as a Featherweight, She holds a record of 9-1 as an amateur with the only blemish on her record being a first round arm bar submission to current UFC Bantamweight Champion Ronda Rousey in 2011. After that loss she continued her winning ways against the best the amateur circuit had to offer, claiming the Tuff-N-Uff Championship and successfully defending it.

Stratford was scheduled to make her pro debut at Invicta 3 in October, 2012 against Katalina Malungahu but was sidelined with an injury. A later bout with Allanna Jones was also canceled.