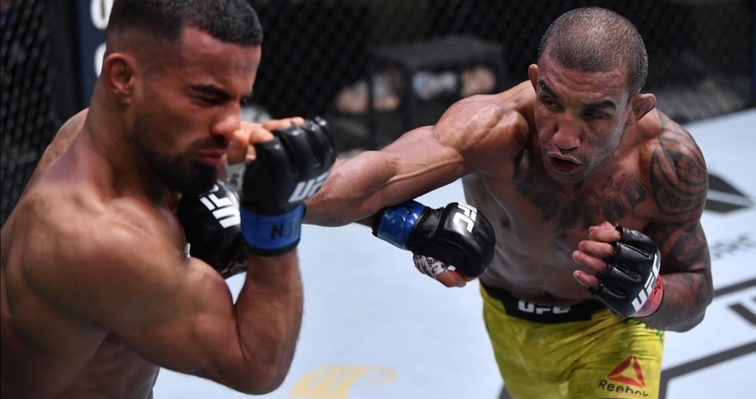 Fighting for a major organization has made Raoni Barcelos ineligible for regional rankings.

Barcelos has a background in grappling, having competed in many tournaments in BJJ, Judo, and Freestyle Wrestling. He is the son of Laerte Barcelos, a 7th degree BJJ Coral Belt who trained for many years with Osvaldo Fadda and his competition team, and also with Osvaldo Alves. Training under his father from a young age, Barcelos grew up on the mats and received his Judo and BJJ blackbelts by age 20. In Jiu Jitsu he is a multiple time CBJJ Brazilian National Champion,  CBJJO and IBJJF World Champion, and in Freestyle Wrestling he is the former Brazilian National Champion, and took a silver medal at the 2006 Pan-American Championships.