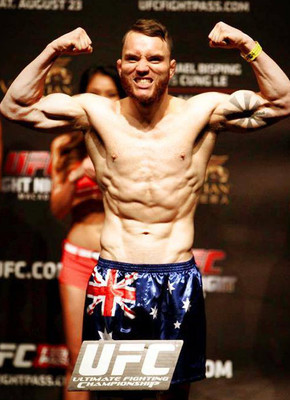 Brendan O'Reilly is ineligible for regional rankings due to inactivity.
Fighters must have at least one completed MMA bout in the past two years to be ranked.

Brendan represented Team Australia on The Ultimate Fighter's TUF Nations; Canada vs Australia.  Brendan lost in the opening round to Team Canada's Kajan Johnson via first round rear naked choke in the first fight of the season.  Despite his poor showing on the show, O'Reilly earned a UFC fight a few months after the finale, losing to Lipeng Zhang by unanimous decision in Macau.

The Ultimate Fighter Canada vs. Australia