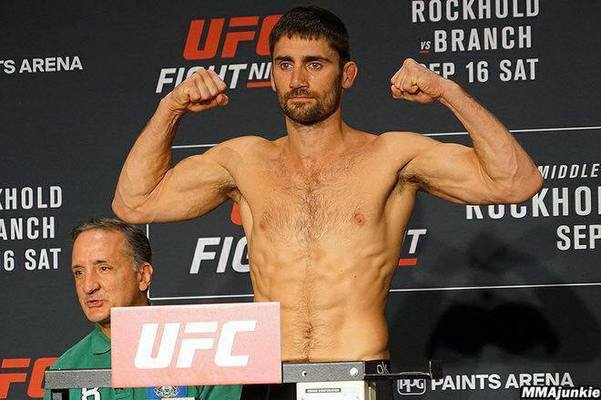 Fighting for a major organization has made Jason Saggo ineligible for regional rankings.

Jason Saggo began his training while in college and would move to Thailand to train in Muay Thai winning his first Muay Thai bout there by knockout. In 2008 he would move to the Philippines to compete in his first international grappling tournament. He would submit all ten of his opponents taking home the gold in the Pan Asian International Grappling Tournament. He would also train in Brazil earning his black belt from Royler Gracie.

He would begin his MMA career in 2009 compiling a 9-1 record before signing with the UFC. In his UFC career he would compile a record of 3 wins and 3 losses. With stoppage victories coming over the likes of Josh Shockley and Justin Salas, and gaining a decision win over Leandro Silva. His losses included decisions to Paul Felder and Rustam Khabilov, and getting stopped in the 2nd round of a bout against Gilbert Burns. After the burns fight, he was subsequently released from the promotion.

Following his loss to Gilbert Burns and getting released from the UFC, he would start his own academy in Summerside, Prince Edward Island called Summerside Martial Arts.

He then got back into the cage, straight into a title fight against Adam Assenza for the BTC Lightweight Title at BTC 4 : Vendetta.