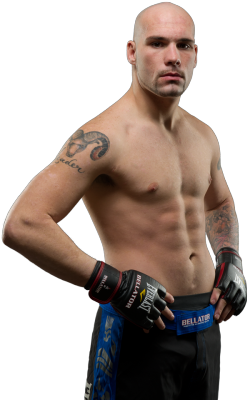 Perry Filkins is ineligible for regional rankings due to inactivity.
Fighters must have at least one completed MMA bout in the past two years to be ranked.

Perry Filkins grew up in an unstable home in Michigan. Since his father was a truck driver, he had to learn to fend for himself from an early age. He played numerous sports in high school. He also enjoyed BMX racing and won a national title in 2007. After high school, one of his former wrestling coaches, Jason "Hitman" Holmes opened an MMA gym and invited Filkins to train there. He won his first fight after only four months of training. He amassed a 5-1 amateur record before joining up with a Team Link affiliate in Hooksett, NH.

He is currently 6-1 as a professional. His most recent win came over highly touted Strikeforce and Bellator vet Louis Taylor who he knocked out in the first round. He is set to make his Bellator debut against the german striker Jonas Billstein at Bellator 81.