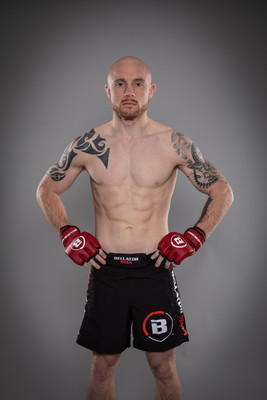 Dan Cassell is a UK based Mixed Martial Artist competing in the professional Welterweight division. Born 26th April 1991 in Wolverhampton, England. Cassell started taking part in MMA at the age of 18 when he joined a local gym just to improve his level of fitness. Training under the watchful eye of Sensai John Ashley, Cassell developed a competant MMA skill level and started competing on the UK Amateur scene on shows such as Caged Fighters and Punch Up Promotions to name a few. After maintaining a winning record of 8-2-0 Cassell was selected to represent the UK Team in the first ever IMMAF World Championships where he earned a bronze medal winning his last 16 and quarter final matches by decision, before eventually losing out to the eventual world champion Mikkel Kasper. The World Championships opened up big opportunites for Cassell and he went from fighting in small gymnasiums and leisure centres on to big shows such as BAMMA in well known European Arenas.

After compiling an amateur record of 9 wins 5 losses, Cassell stepped up to the Professional Ranks at the end of 2015 with his first contest set to be on his own show Golden Ticket Fight Promotions in February 2016. Unfortunately the contest didnt go Cassells way losing to a 3rd round armbar to a well rounded Dan Good. From there Cassell didnt let his Professional Debut hinder his progression, however it had the opposite effect and Cassell went on to remain unbeaten for 2016.