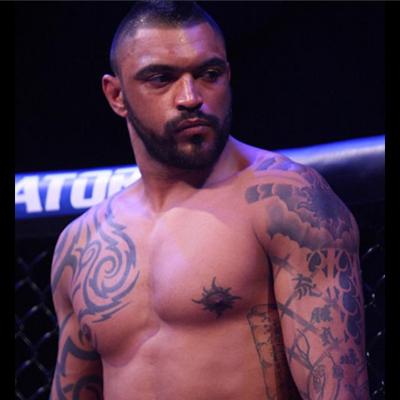 Liam McGeary is ineligible for regional rankings due to inactivity.
Fighters must have at least one completed MMA bout in the past two years to be ranked.

McGeary holds an amateur record of 1–1 and made his professional debut in 2010. He won the first two fights of his professional career via armbar submission and then picked up a knockout WIN before signing with Bellator MMA.

In his Bellator debut, McGeary faced Anton Talamantes at Bellator 95 on 4 April 2013 and won via TKO at 78 seconds of the first round.

In his next appearance for the organization at Bellator 100 on 20 September 2013, facing off against Beau Tribolet and won via knockout only 27 seconds into the fight.

McGeary faced Najim Wali on 15 November 2013 at Bellator 108. He won via submission due to an armbar early in the first round.

In the summer of 2014, McGeary was announced as a participant in the Bellator Light Heavyweight Tournament.

He faced Mike Mucitelli in the opening quarterfinals at Bellator 118 and won via knockout in the first round.

Later, at Bellator 122, he faced Egidijus Valavicius in the semifinals, he won the fight by TKO in the first round.

McGeary faced Kelly Anundson in the finals at Bellator 124 on September 12, 2014.He won the fight via inverted triangle choke in the first round.

McGeary faced Emanuel Newton for his Bellator Light Heavyweight Championship on 27 February 2015 at Bellator 134. He won the fight via unanimous decision to become the new Bellator Light Heavyweight champion. During the course of the fight, McGeary attempted several submission attempts including nearly finishing Newton in the first and third rounds with a triangle choke. In all, he set the record for the number of submission attempts in Bellator history.

In March 2015, McGeary signed a multi-fight and multi-year contract extension with the promotion.

McGeary made his first title defense against Tito Ortiz on 19 September 2015 at Bellator 142.[12] He submitted Ortiz with an inverted triangle choke in the first round to retain his championship.

McGeary is scheduled to defend the title against Phil Davis at a yet-to-be-determined event.