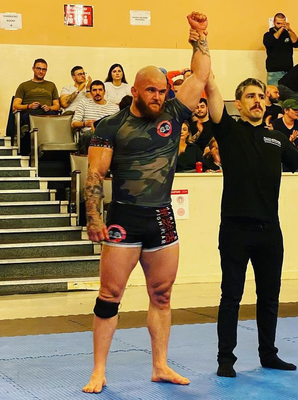 Livesey has a background in Judo and Jiu Jitsu ranking as blackbelt in Judo and brown belt in BJJ. He is also a former rugby league academy player for St Helens RFLC in his native Merseyside.

Winning the British and English Judo Championship multiple times, he has competed in many tournaments across the UK and abroad, achieving podium finishes at European Cup and World Cup events, and also at the Pan American Open. In 2014 he was the Commonwealth Games Judo Champion, and holds a JudoInside record of 90 - 71.