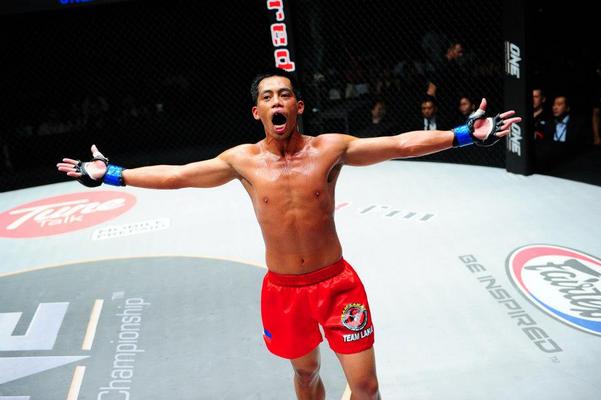 Honorio Banario is ineligible for regional rankings due to inactivity.
Fighters must have at least one completed MMA bout in the past two years to be ranked.

Banario won the URCC lightweight belt by handing Angelito Manguray the first loss of his professional career at URCC 19. He was the underdog going into the bout but was able to dictate the tempo of the fight and keep Manguray at bay before catching the 40-year-old dentist with a rear naked choke in the second round.

Banario was initially scheduled to face Manguray in a rematch at URCC - Davao Digmaan 3 but Manguray was forced to withdraw from the fight at three weeks notice due to a rib injury. Alcer Lozada was chosen as a replacement and Banario defeated him with a side kick to the head which knocked Lozada out early in the second round. Banario later retained his URCC lightweight title by defeating Patrick Manicad with an armbar in the opening round at URCC 20.

On January 16th, 2012 it was announced that Banario had signed with ONE Fighting Championship and would be dropping down to featherweight for the first time in order to replace Eric Kelly as an opponent for Bae Young Kwon at ONE FC 2 in Jakarta, Indonesia on February 11, 2012.

Banario lost that fight by rear naked choke but came back in action at ONE FC 5 in Manila on August 31, 2012 defeating Andrew Benibe via TKO in the third round. After the fight it was announced that Banario would be fighting Eric Kelly for the vacant ONE FC featherweight belt. At ONE FC 7, Honorio defeated Eric Kelly via TKO in the fourth round to become the first ONE FC Featherweight Champion.