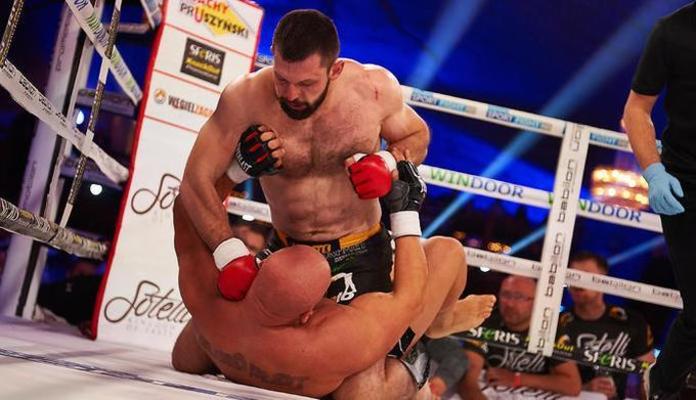 Szymon is a former competitive power lifter, mostly in the 94kg/207lb division. He has achieved a storied career and many accolades and victories on the highest level of the discipline. Representing "Klub Sportowy Polkowice" - he would achieve 1st place at the 1999 European championships in La Coruna, and a silver at the World championships in Athens. Following this success he would claim another 1st place finish at the 2000 Europeans in Sofia, Bulgaria - and then a silver at the 2000 Sydney Olympic games. In 2001 he achieved a 3rd place finish at the World championships in Antalya, Turkey and a 2nd place finish at the Europeans in Trenčín, Slovakia. After this remarkable run - he would significantly injure his back, having to retire from competition for a few years.

He qualified for the 2004 Polish Olympic team - but was later disqualified after a urine sample tested positive for banned substance 'nandrolone'.

For his sporting achievement he has been awarded the "Golden Cross of Merit" in 2000, and the "Knights Cross of the order of Polonia Restituta" ( 5th class ) in 2008.

He begins in MMA under the guidance of fellow Polish Olympian Pawel Nastula,  and his renowned team.