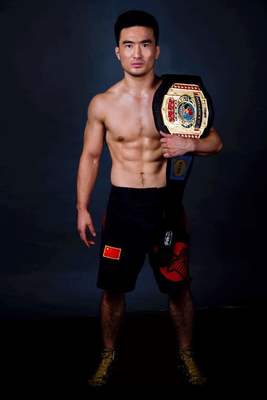 Chengjie Wu is ineligible for regional rankings due to inactivity.
Fighters must have at least one completed MMA bout in the past two years to be ranked.

Wu began training in MMA as a 17-year old high school student, after meeting his coach and mentor, Chinese MMA pioneer Jiang Longyun. Like many Chinese fighters, Wu began his combat sports career in Sanda, ultimately winning the Heilongjiang Regional Sanda Championship. Since making the transition to MMA, Wu has adapted his striking and evolved punishing ground-and-pound skills which have seen him notch numerous victories by TKO. Also known for his devastating body kicks, Wu is always an aggressive, exciting fighter who consistently looks to finish his opponents in dramatic style.