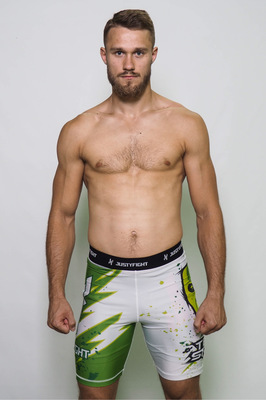 Fighting for a major organization has made Niklas Stolze ineligible for regional rankings.

Niklas Stolze is the first East German fighter who signed with the UFC. He was born December the 28.1992, in Magdeburg, Saxony-Anhalt, Germany.
Stolze's debut in the UFC will be against the Dagestani mixed martial artist, Ramazan Emeev at the UFC Fight Night, July the 25.2020 taking place in Fight Island.
He has made an official statement in the media where he speaks about his antipathy towards neonazis.

Stolze has a very kickboxing based style using kicks to damage his opponents, he too has a brownbelt in Brazilian Jiu-Jitsu. Stolze made his UFC debut against Ramazan Emeev ,replacing Shavkat Rakhmonov, on short notice. Despite some good shots landing for example a  flying knee at the end of the first round which Emeev tried to catch to get a takedown. He lost the fight via UD 30-27 30-27 and 29-28.