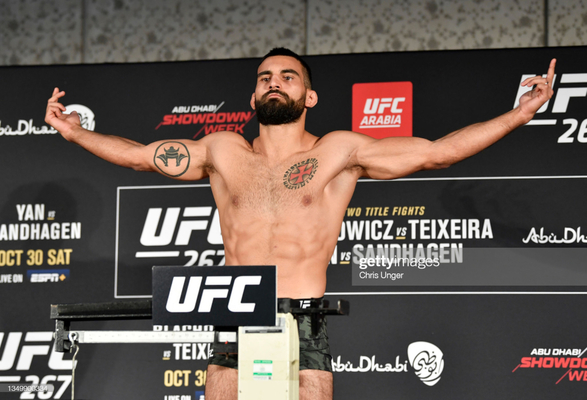 Fighting for a major organization has made Benoit Saint-Denis ineligible for regional rankings.

Fighting out of Paris, France, Saint-Denis has a background in Judo, being one of many hundreds of thousands to have practiced the style in the 2nd ranked country in Judo. He would later join the French army and ascended the ranks to become a member of The Commandement des Opérations Spéciales, the French militaries special forces branch.

After retiring from active military service, in MMA competition he would go 7-0 fighting across Europe and once in Bahrain. In BRAVE CF he went a perfect 8-0 before getting signed to the UFC.

He debuted against Brazilian veteran Elizeu Zaleski Dos Santos in a potential Fight of the Year candidate. Many argue the fight should have been stopped in the 2nd round, with Saint-Denis get lured into a brawl and taking heavy damage, but Saint-Denis would show the French fighting spirit and his special forces level grit, and make it to a decision.