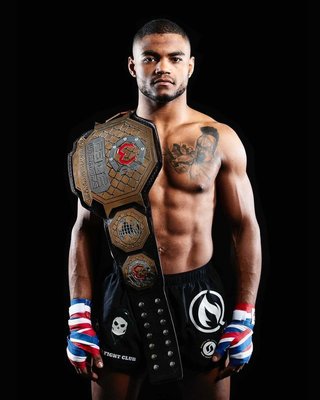 Morgan Charriere is a professional mixed martial artist from France. He currently fights in the featherweight division and trains primarily with Team Chapa Quente in Mantes la Jolie. He also has trained at SBG in Ireland and has got praises from coach John Kanagh for his KO on Dean Trueman.

Morgan is a fan favourite in France and is very present on social medias. He attracted many french fans at Cage Warriors 109 where he KOd Trueman under his supporters chants: "Dean you suck !". This KO was elected KO of the year 2019 in Cage Warriors.

Morgan is hoping to fight for the organization in 2020 and to sign at the UFC so he can compete against the bests.