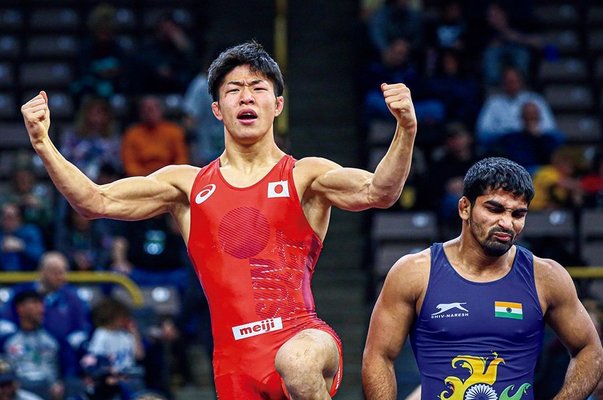 Nakamura has a background in Freestyle Wrestling, having competed in many tournaments over the years. He medalled at the Japan National Championships 3 times as a senior, claiming 1 silver and 2 bronze and is the 2017 under 23's Freestyle Wrestling World Champion. He also won a bronze at the 2011 World Championships in the cadet division, and is a World Cup medalist.