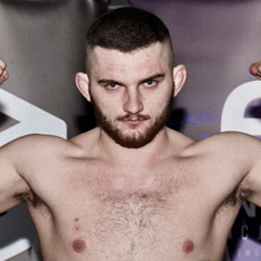 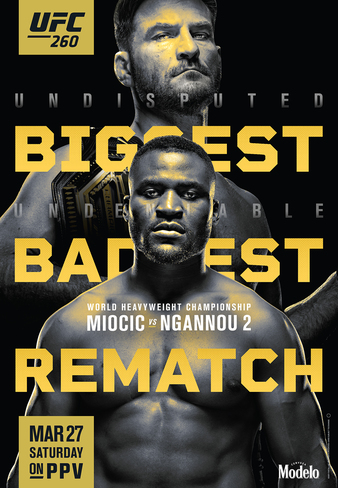 UFC 260: Miocic vs. N'Gannou 2
"The official Tapology discussion thread for the event!" (2 months)

Miocic vs. N'Gannou II
Francis N'Gannou, TKO, R1
If you think about it, it was amazing to see Ngannou surviving 5 full rounds of brutal domination by Miocic. He doesn't have much more than two rounds in the bag, but he has heart for days, he's tough and durable, and those two rounds of pure violence are all he needs to finish a fight. In the first fight, he landed one or two punches clean, that's all, and that was enough to hurt Miocic and destroy his face. He was too impatient and reckless, and got tired unusually quickly (he usually has 2 rounds of cardio). So of course Miocic can survive again, and dominate the later rounds en route to a decision, but I think the most likely outcome is Ngannou eventually catching Miocic clean in round 1 or 2...

Menifield vs. Knight
Alonzo Menifield, TKO, R1
Last chance for Menifield to show he has more in the bag than half a round. He was so disapointing, I thought he could reach the top 10 after his first two KO's in the UFC, now he might be fighting for his career. Knight is dangerous and strong, but he fought lesser competition than Menifield, and I'm not conviced he's the better fighter here. I hope this is fun.