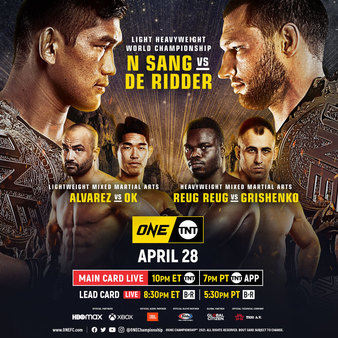 Da riddler is really putting it on aung la here

One comontary is pissing me off how they suck off Aung and ****ing on renier, Aung not trying to gas him out by getting his ass kick

eryk anders would blast him  For sure.

De Ridder took this on 5 days notice, what a great performance.

Also I love ONE more than most people do, but I cannot stand the commentary always so damn biased. But there are legit stars in the organization and I think Ridder is one of them.

RDR is ******* legit, wish the UFC was up to do crossover fights because I think ONE could really got some top 5 fighters at least

New record for me if eddie had not dropped the ball id be 100 percent!

Definitely not my greatest work.

Shinya Aoki is still just an insane watch. The way he controls guys without breaking a sweat and preparing for moves that the other guys haven't even made yet simply because he's just 10 steps ahead at all times. It's insane. Folayang is no joke at all and Aoki has made him look like a chump 2x now.

Reug Reug is gonna lose a ton of hype with that **** last night. I've rewatched countless times and that was just ridiculous. Grishenko hit him at the bell. And even if he punched him a millisecond after the bell, the punch was throw right before the bell sounded. Legal shot imo. And then on top of all that, right as Grishenko landed the "killshot" he was tagged a little bit by a Reug Reug punch. So even if he wants to argue it was after the bell, which judging by his IG he's appealing for that reason lmao, then both of them hit eachother after the bell.

It was a very blatant dive and him looking for a DQ and that sucks. He was getting outclassed everywhere, he saw his out, and he took it. Or at least he tried to. Pretty brutal to watch him try to sell that one, though.

Ok Rae Yoon is a beast. His striking is hectic but it's not mindless and the guy clearly knows what he's doing. He was boxing Alvarez up for the vast majority of that fight. Alvarez was tough as usual but the fight wasn't even close imo. The near-finish from Yoon in R1 was wild. The knockdown, the follow-ups, it looked like Alvarez was out of it multiple times during that GNP. He's very lucky the ref didn't step in because if he did, no one would've complained.

It was brutal to watch the main event. It's frustrating seeing a guy who's been champ for five years make zero evolution in his defensive wrestling game. He was taken down at will and thoroughly dominated. Not sure where Nsang goes from here but he should find out which division De Ridder plans to spend most of time in and avoid that division like his life depends on it.

As for De Ridder I hope he genuinely gets the Vera fight he requested. Because they'd basically be gifting him three belts. He'd definitely take out Brandon Vera. And that some unheard of ****, so ONE would be dumb to not take advantage.

@MikeLovesTacos XD I don't think he will get his third belt as easily, mostly beacuse I don't see Vera winning with Bhullar and even if he does he will lose his next match that may not be with Reiner.

LHW is a strange class in ONE, they have almost nobody there so is easy to get a title shot but HW is different, I argue that Cerilli is next in line, in particular if Bhullar wins (the decision was controversial).

Don't you dare say that