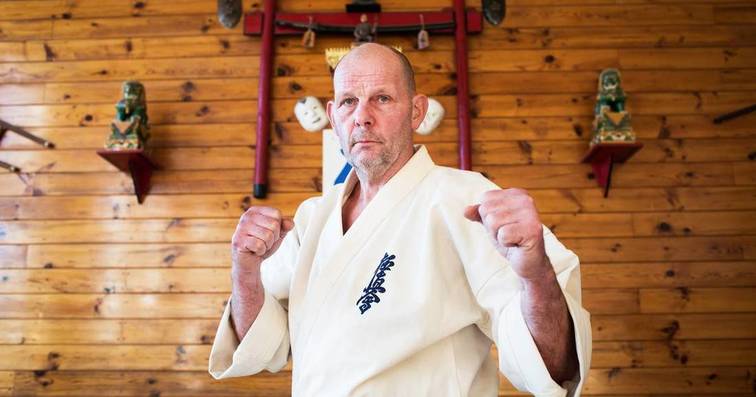 Gerard Gordeau is ineligible for regional rankings due to inactivity.
Fighters must have at least one completed MMA bout in the past two years to be ranked.

Gerard Gordeau is a retired Dutch savateur, karateka, and mixed martial artist. He is the 1991 World Savant Champion and holder of the Dutch Kyokushin Karate Champion title for 8 consecutive years, but foremost known internationally for his fight against Telia Tuli in the first televised UFC bout on November 12, 1993.

Gordeau had fought in several no-holds-barred matches in his native Netherlands and Japan, including two bouts against Masaaki Satake and Mitsuya Nagai at "free fight" events held under the then pro wrestling promotion RINGS as well as a shoot style bout with Akira Maeda under the newborn UWF. Gordeau's Ultimate Fighting Championship match with Teila Tuli lasted only 26 seconds and was stopped after Gordeau knocked out three of Tuli's teeth with a kick. The event announcers claimed that the tooth landed underneath their table, the other two were embedded in Gordeau's foot for the remainder of the show, due to the UFC doctors not wanting Gordeau to have an open wound in his foot. Gordeau also broke his own hand on Tuli's head after the kick. Despite the injury, he fought twice more that night. After winning his second match against Kevin Rosier, Gordeau lost to Royce Gracie in the championship bout. During the bout, while Gordeau was in Gracie's guard, he allegedly bit Gracie's ear in an intentional foul. However Gracie still managed to submit Gordeau to win the fight and tournament. He became notorious as a "dirty fighter", again using illegal tactics with the intentional eye-gouge of Yuki Nakai in the Vale Tudo Japan 1995 event. Nakai went on to beat Gordeau by submission, but lost sight in his right eye from the gouge.