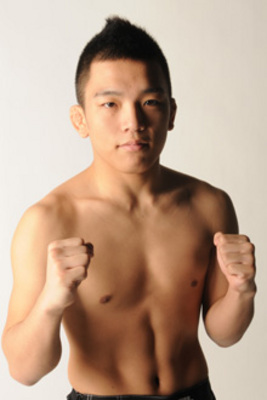 Sawada is a straw weight fighter for Shooto. He is a highly touted prospect out of Abe Ani Combat Club where he has trained with MMA legend Megumi Fujii since he was a young boy. He has shown a solid wrestling and submission game thus far in his young career. Probably his largest boost in visibility came from a short documentary Fightland did on his relationship with Megumi and his time leading up to his fight at VTJ 3rd.

Sawada is currently taking part in Shooto's Flyweight (115 lbs) Infinity Tournament. He won his 1st fight in the tournament by putting Tateo Iino out cold with a Rear Naked Choke.

Sawada's next fight took place at Shooto 4th Round 2014: Rumina Final on May 5, 2014. Sawada would face Atsushi Takeuchi, and after ten minutes of fighting, the judges would render a unanimous draw verdict.

Sawada would the lose his first fight as a professional in his next outing at Shooto 7th Round 2014, on September 27, 2014. Sawada would lose a unanimous decision verdict to Ryohei "Ken Asuka" Kurosawa.

After his loss to Kurosawa, Sawada would bounce back with back to bak victories. He first defeated Masayoshi Kato by armlock on December 21, 2014 at Shooto: The Rookie Tournament Final 2014. He then beat Yuki Shojo via KO at Shooto Gig Tokyo Vol. 18 on July 26, 2015.