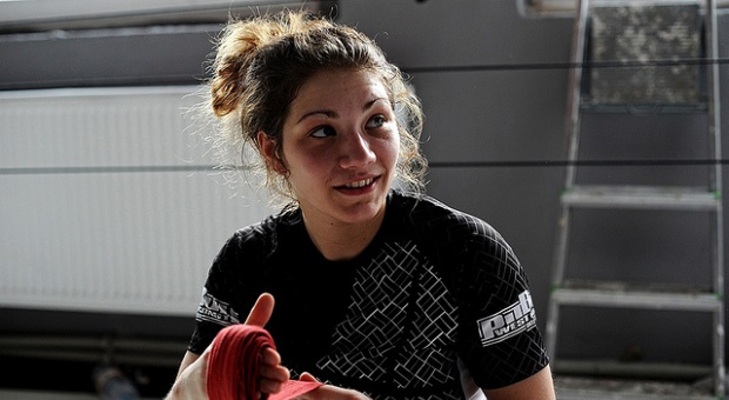 Agnieszka Niedźwiedź is ineligible for regional rankings due to inactivity.
Fighters must have at least one completed MMA bout in the past two years to be ranked.

Agnieszka Niedzwiedz is a Polish mixed martial artist who competes in the Flyweight division in Invicta FC. She fought for organizations like MMA Attack, Cage Warriors and Fighters Arena. Niedzwiedz began her professional MMA career in October 2012 in her native Poland. Over the next year and a half, she amassed a record of 7 wins against no losses before joining Invicta FC. She made her American debut at Invicta FC 18: Grasso vs. Esquibel against Christine Stanley and won via unanimous decision. She then fought Vanessa Porto at Invicta FC 23: Porto vs. Niedźwiedź and again won by unanimous decision. On December 8, 2017, she faced Jennifer Maia for the Invicta FC flyweight title. She lost the fight via unanimous decision.