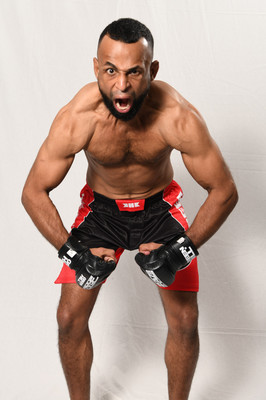 Tariq Ismail began studying martial arts in 2008 when he began Muay Thai and Boxing at Ottawa Fight & Fitness. Since then Ismail has traveled the world increasing his knowledge of martial arts by attending over a dozen gyms. Additionally to having a professional 2-0 MMA carerr, Isamil is 4-0 in professional Muay Thai bouts.

Tariq Ismail was a competitor in the lightweight division of the reality show Al Batal season 2. He competed against 5 other fighters for a chance to win a contract with ADFC. In the first round of the tournament he would face the Moroccan Abdelali "Tubarao" Hariri. The fight was very close and Tariq would come away victorious by decision.

In the semi finals of the Al Batal tournament, Tariq would go on to face the tough Jordanian Izzeddine Al Derbani. Tariq would win a pretty easy decision victory and Izzeddine would say he was sick. Tariq will face the Algerian Walid Seghir in the finals, he got a free pass to the finals for his great display of talent.