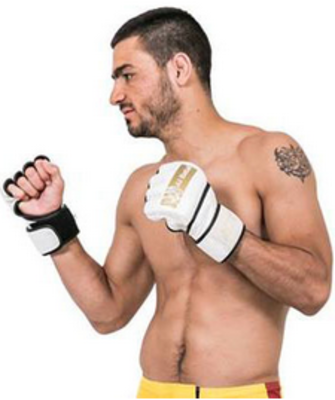 Izzeddine Al Derbani was a contestant on Al Batal season 2 where he would face off against 11 other fighters for a chance to win a ADFC contract, In his first fight he would face the controversial Bandar Yazan Al Saadoun   This controversy would spill over into his fight where he would receive multiple illegal blows. In the end Izzrddine would wind up victorious.

In the semi finals of the Al Batal tournament Izzeddine would be set to face the Kuwaiti born Canadian Tariq "Loco" Ismail. Before their fight would happen Izzedine would claim to be sick. Izzedine would end up losing a decision to Tariq. Izzedine would not have to wait long for a fight however, He is currently set to fight on Gladiators FC 7.