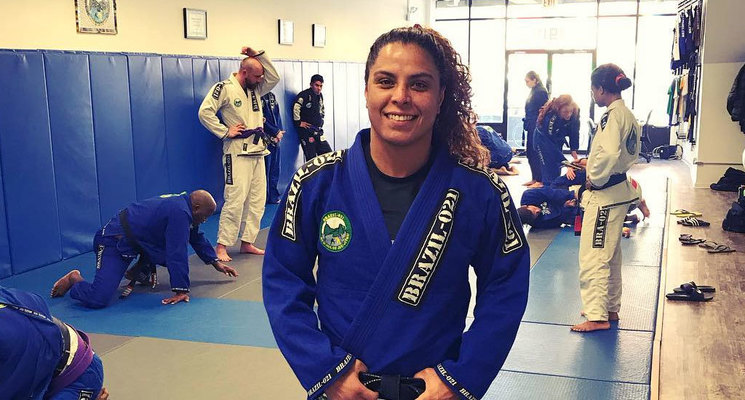 Most Memorable Fight: her final of the ADCC absolute division in 2007 against Rosangela Conceição, which she won impressively by flying armbar. It was at this time that Hannette became internationally recognized, starting a new phase in her impressive career.

Hannette Staack was born on the 7th of February 1979, in São Luís do Maranhão, in the norther Brazil territory, though she moved to Rio de Janeiro when she was two years old. Hannette began her jiu jitsu training when she was 18 years old with “Professor” Fernando Cruz and Master Flavio Figueiredo. Although most of Hannette’s training took place with Fernando, Master Flavio frequented the academy and oversaw the training. Hannettereceived both her blue and purple belts from professor Fernando. Soon after Hannette received her purple belt, Fernando Cruz gave up on his BJJ teaching career, it was then that Master Flavio introduced Staack to her next (and current) instructor, Andre “Negão” Terencio.

At the time when Hannette Staack started training with Terencio, she was still a very “raw” purple belt, with not much more then a good knowledge of the basics and ton of willpower. It was coach Andre that started to refine her training and her technique. Hannette’s first big moment came in 2002, when after five fights she won her first world championship in the women’s purple/brown/black belt combined division. Since then Hannette has fought every World Championship, taking seven gold medals home in and establishing herself as one of the most tenacious and talented female grapplers in the history of jiu jitsu. She has an impressive record of never been submitted in any competition that she competed, since 1998.

Hannette states that her greatest inspiration toward continuing her jiu jitsu journey has come from Andre (who is now her husband), as he always inspired her to believe in jiu jitsu. The two have realized a dream and are now reaping the fruits of their labor in their own academy in Chicago. The team is now gathering between Andre Negão, Hannette Staack, and Carlos Henrique (Andre’s professor) to form Brazil 021 School of Jiu Jitsu.

Her goal is empower other women through Brazilian Jiu-Jitsu, because as the sport helped her to become a better person, she wants other people to know as experience this Life time changing sport.
She has been working non-stop, developing BJJ programs to help other women, who suffered some type of abuse or feel week and not capable of accomplishing anything to recover their self- confidence and get empowered by BJJ. Also with the projects in Brazil and USA to help kids at the "Favelas" slums in Rio de Janeiro and the kids in US as well.