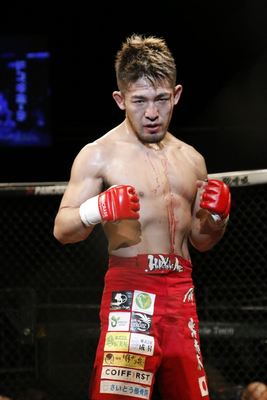 Hiroyuki Abe is ineligible for regional rankings due to inactivity.
Fighters must have at least one completed MMA bout in the past two years to be ranked.

Hiroyuki Abe is a Japanese MMA fighter born on June 27, 1977 in Kanagawa, Yokohama, Japan. Abe competed primarily in Shooto's flyweight division which is commonly known as the 115 lb strawweight division across the world.

Abe is commonly known due to his grappling skills. He is recognized as one of the best Shooto flyweight grapplers.

Before becoming a professional mixed martial arts fighter, Abe trained in the grappling arts of jujitsu and judo. He competed in the Professional Jiu-Jitsu Gi Japan Cup of 2005 on April 9, 2005.

A month after winning his second amateur MMA tournament, Abe turned pro and defeated Hiroyuki Ikeda by submission in 3:56 of the second round on November 30, 2006.

Abe carries the same name of Hiroyuki "Abe Ani" Abe, but are totally different fighters and there is no type of relationship between them.