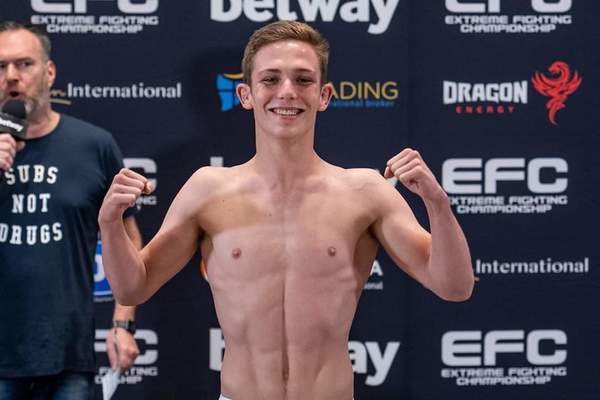 Fighting for a major organization has made Cameron Saaiman ineligible for regional rankings.

Cameron Alexander Saaiman is an exciting Bantamweight prospect in the UFC. He was born and raised in Pretoria, Gauteng, South Africa. Saaiman was athletic child who enjoyed swimming, rugby, and cricket. He started training MMA at 13 after being introduced to it be his dad, who was working at a casino which hosted Extreme Fighting Championship events. Saaiman met fellow fighter Dricus Du Plessis at this time and began training with him at Team CIT in Pretoria. When he's not training, Saaiman teaches youth martial arts at CIT.

Saaiman's hot start earned him an appearance on Season Six of Dana White's Contender Series against Josh Wang-Kim. Saaiman fell behind in the first round due to Wang-Kim's kicks and awkward stance, but honed in on him as the fight progressed. Saaiman knocked out out Wang-Kim in the third round and earned a UFC contract for his efforts. As of 9/4/2022, Saaiman is the youngest DWCS signee and the second youngest fighter on the UFC roster.