Ayaka Miura defeats Rayane Bastos via Submission at 2:58 of Round 1 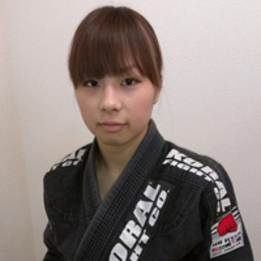 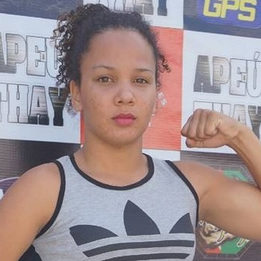 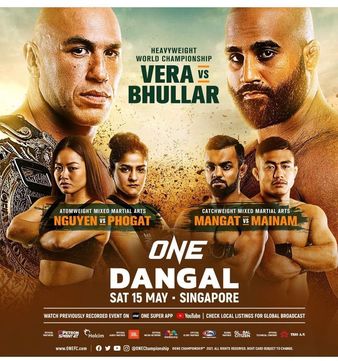 ONE Championship: Dangal
"The official Tapology discussion thread for the event!" (5 months, 2 weeks)

I'm happy for Arjan he's actually from the same city as me (Richmond). The gym he trains in is like 5 minutes away by car. Sad they made no mention the Canadian side of his heritage, but this is ONE FC and they are an Asian-focused company, so I get it as a business move.
As for the Ritu, she definitely got the shaft by the judges. Although I wouldn't agree Chatri or ONE are against Indian fighters. Chatri like Dana would love to have an Indian superstars because India is potentially a massive market for MMA. Probably only behind China in terms of business opportunities. Unless it's the Lee Siblings or Aun La I don't believe ONE would outright rigged the outcome of a fight.

I have zero issue with them putting a bigger emphasis on the Indian heritage, but it feels weird when they go out of their way to lie about things. They have said multiple times that Bhullar was born & raised in India and that's just a lie. He was born & raised in BC but his background is obviously Indian.

I also feel like you're doing him as disservice to not acknowledge the Canadian background because Bhullar has multiple freestyle wrestling medals while representing Canada. ****, he won gold at the Commonwealth Games in 2010. The games were held in Delhi, India and even there Bhullar represented Canada.

It just feels weirdly dishonest, that's all. I'm happy that Bhullar can rep two countries and inspire people. Having an Indian world champ is no doubt a massive thing, but there's ways to focus on his Indian heritage without just making up straight-up lies about his backstory and whatnot.

It especially feels dishonest, given how they import Indian fighters with padded records to get obliterated by their fighters who train at Evolve MMA.