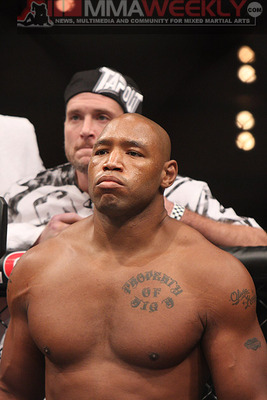 Marcus Jones is ineligible for regional rankings due to inactivity.
Fighters must have at least one completed MMA bout in the past two years to be ranked.

Marcus Jones was a football player in college playing for the University of North Carolina where he was an All American. He went on to play for the NFL and was a first round draft pick in the 1996 draft. He was picked up by the Tampa Bay Bucaneeers and played 7 seasons for them. Jones began his MMA career in 2007 winning 4 fights and only losing 1 before signing on to do The Ultimate Fighter.

He would fight on the Ultimate Fighter Finale card but would lose to Matt Mitrione and retire from MMA after the fight to spend time with his family.