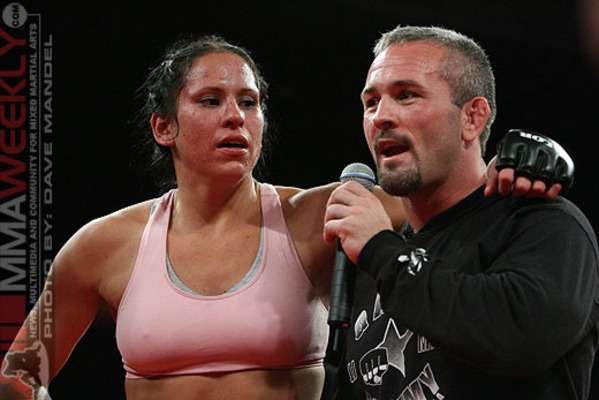 Erin Toughill is ineligible for regional rankings due to inactivity.
Fighters must have at least one completed MMA bout in the past two years to be ranked.

Erin Toughill can be considered as a pioneer of woman's MMA. Her career started in 1999, when the rules of the sport were very different from the current ones, and very few women were practicing MMA professionally. Her first documented fight took place in 1999, when she faced the Dutch Irma Verhoeff, who back then was another prominent fighter in the MMA scene, at  the World Vale Tudo Championship 9 in Aruba. The fight between Toughill and Verhoeff ended as a draw. It was a single round fight of the duration of 15 minutes, and strikes such as head-butts, now forbidden, were then allowed.

After the Verhoeff fight, Toughill's career has been divided between MMA and boxing. Despite being American, Toughill fought most of her MMA fights in Japan, where she competed in a number of open-weight tournaments. In 2001, she defeated the experienced Japanese Megumi Yabushita by armbar. In 2004, during the Smackgirl World Remix tournament, Toughill obtained a notable KO victory over Marloes Coenen, but lost the tournament final against Yabushita because of disqualification due to illegal elbow strikes. After a period in which she dedicated to boxing, Toughill returned to MMA in 2006, with a TKO victory over Jen Case at Valor Fighting.

Following her victory over Case, Toughill's fighting career underwent a break of approximately two years. She came back in 2008 with a unanimous decision victory over Jan Finney, and continued in 2009 with two more victories over Karen Williams and Emily Thompson, by TKO and unanimous decision respectively. This winning streak brought Toughill back in vogue, to the point that she was considered as a candidate opponent for top-level fighters such as Cris Cyborg, Marloes Coenen and Gina Carano. However, Toughill's career then faced a new unexpected break that prevented these fights from happening. Toughill tried a further comeback in 2011, but she lost by unanimous decision against Ashley Sanchez. This is has been her last MMA fight to date.

Watch this video interview with Erin Toughill as she claims she is not scared of Cristiane "Cyborg" Santos.