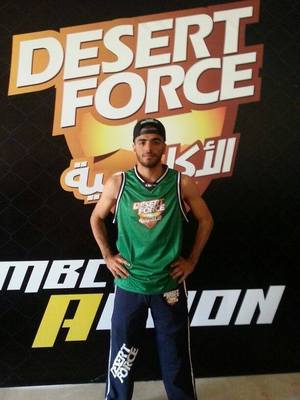 Philippe Massoud is ineligible for regional rankings due to inactivity.
Fighters must have at least one completed MMA bout in the past two years to be ranked.

Philippe Massoud was a competitor on Al Academiya season 2 where he competed against 29 other fighters for a chance to fight in Desert Force Championships. He won his first fight in the Bantamweight bracket against the Moroccan Khalid Siddiqi. In the quarter finals of the tournament he would face Hussein Ayad who lost his first match but got brought back due to some fighters having personal issues. Philippe would win a decision and move on to the Semi Finals of the Bantamweight bracket.

In the semi finals of the tournament Philippe would face the tough Egyptian prospect Mohamed "Ziko" Ali. They would have a very close fight that Georges would come out on top of. Georges is now in the Finals and will fight the winner of Youness "The Punisher" El Oukili vs Georges Bardawil at Desert Force 14: Al Academiya 2 Finale for the Al Academiya 2 Bantamweight title.