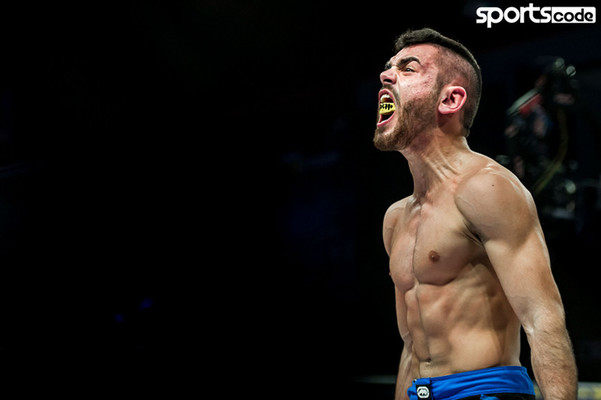 Georges Bardawil is ineligible for regional rankings due to inactivity.
Fighters must have at least one completed MMA bout in the past two years to be ranked.

Georges Bardawil was a competitor on Al Academiya season 2 where he competed against 29 other fighters for a chance to fight in Desert Force Championships. He won his first fight in the Bantamweight bracket against the Moroccan Rahal Larrioui. In the quarter finals of al batal 2 Georges would face the tough Moroccan from rebels team Youness "The Punisher" El Oukili. He would lose a decision and be eliminated from the tournament.

Georges would get another shot due to Injuries and personal issues of competitors. He would face the experienced Egyptian Mohamed Mashaly. Georges would win a decision victory and move on to the Semi Finals of the tournament. In the semi finals Georges would face the Moroccan Younes "The Punisher" El Ouakili for the second time. They would have a great ground battle in the 1st round, in the 2nd round Georges would deliver a great suplex that took Yones' soul and he would cruise to a Decision victory. Georges will face Philippe Massoud at the Desert Force 14: Al Academiya 2 Finale to find out who wins the Al Academiya bantamweight title.