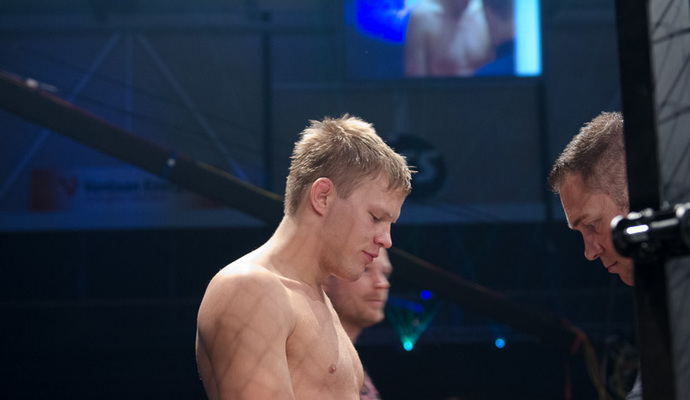 Aleksi Nurminen is ineligible for regional rankings due to inactivity.
Fighters must have at least one completed MMA bout in the past two years to be ranked.

Aleksi Nurminen is a Finnish MMA fighter who trains out of RNC Sport Club, Riihimäki, Finland. He made his pro debut September 2013 against Mikko Ahmala @Cage 23 and lost by Majority Decision. He fought one more time as a pro before returning back to amateur fights to gain more experience. He knocked out Patrik Kapanen very quickly with KO in his amateur return fight. After that fight he won Finnish National Amateur Championships finishing all of his opponents, Niko Mäki-Saari by Submission (Rear-Naked Choke), Janne Sinersaari by TKO and in a final Kennet Mattsson by Submission (Guillotine Choke). With that win he earned a possibility to fight at first ever MMA Amateur World Championships, IMMAF. His first 2 pro fights were 2-round fights, so never been scheduled to fight a 3-round pro fight gave him right to fight @IMMAF. He finished all of his 4 opponents becoming IMMAF World Champion. After winning Amateur World Championship, he returned back to professional MMA. He has finished all of his opponents in a 1st round after IMMAF.