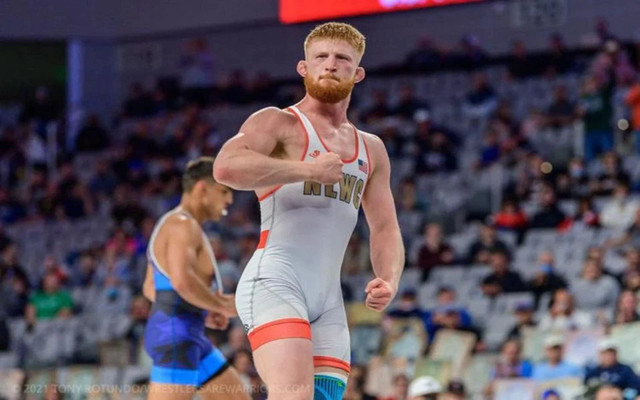 Bo Nickal was born in Rifle, Colorado, but would move with his family to Rio Rancho, New Mexico for a while, before later settling in Texas. Starting Folkstyle/Freestyle wrestling at age 5, he would earn a silver medal at the state tournament in New Mexico in 8th grade and also picked up another silver at the Texas state tournament after moving there. While in highschool he became a multiple time state Champion, and a 3 time UIL title holder,  also finishing 5th at the 2013 Cadet World Freestyle Wrestling Championships. After finishing his junior year Bo would commit to wrestling as a Nittany Lion for Pennsylvania State University. He graduated from high school with an 183 - 7 record, including 131 pins.

Wrestling for Penn State under renowned coach and Olympian Cael Sanderson, Nickal would go on to win many matches and tournaments, including 3 NCAA Championship titles, and a runner up finish at the NCAA finals in 2016. He also won 3 Big Ten Championships and achieved a bronze medal finish in 2017. He finished his collegiate wrestling career with a record of 120 - 3.

After a successful wrestling career, Nickel decided to transition to MMA and grappling. It was announced that Nickal had signed an MMA management deal with First Round Management, and is a current member of American Top Team. It was also announced that Nickal had serious plans on partnering with Dan Lambert and opening a new American Top Team facility at Pleasant Gap, Pennsylvania.

He would fight grappling phenom Gordon Ryan in a superfight at a Third Coast Grappling event, losing that fight by triangle armbar, but he bounced back with an arm triangle choke win against David Conley in his amateur MMA debut.