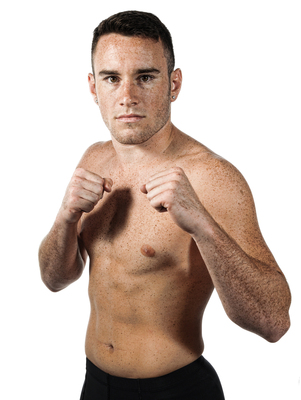 Louis Fisette is ineligible for regional rankings due to inactivity.
Fighters must have at least one completed MMA bout in the past two years to be ranked.

Louis Fisette was a contestant on TUF 18 . He faced off against Team alpha males Chris Holdsworth in the fight to move into the house. The two had a war and put on the most exciting fight of the night but Louis ended up losing by Submission. Louis got a second chance and got brought into the house as a replacement when Tim Gorman suffered a bad injury.

In Episode 5 of TUF Louis fought David Grant. David dominated the first round with ground and pound.  When the second round started David took Louis down right away , got his back , and tapped him out with a rear naked choke.  Grant would eventually advance to the finals to face Holdsworth.  Both of Fisette's losses on the show would then come from

Episode 1 Chris Holdsworth def. Fisette by Submission (arm triangle) at 4:09 of Round 1

Episode 5 David Grant def. Fisette by Submission (rear-naked choke) at 1:01 of Round 2