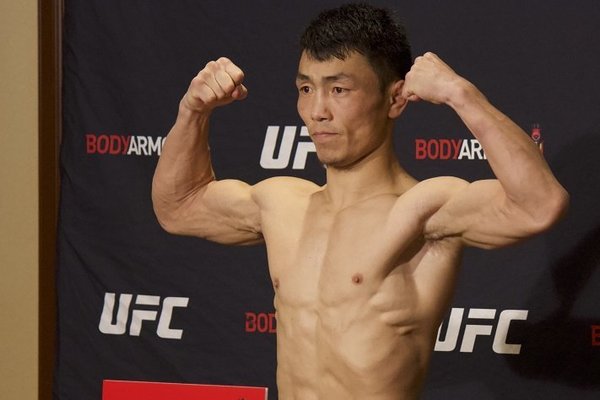 Fighting for a major organization has made Batgerel Danaa ineligible for regional rankings.

Danaa first became interested in martial arts through watching combat sports on TV, and traveled to the Central Sports Gymnasium in Ulaanbaatar to seek instruction. It proved to be a fateful visit: on that trip he met top Mongolian fighter Jadamba Narantungalag, and has been a student of his ever since. Danaa is known primarily for his striking abilities and has won numerous Muay Thai and Kickboxing titles in his native Mongolia, but has decided to transition to MMA since he considers the skills required for competition to be a greater challenge. He is now seeking international opportunities in order to represent his team and his country, and hopes to follow in the footsteps of his teacher and mentor Jadamba. Became the first fighter from Mongolia to sign with the UFC. His most notable win to date is his unanimous decision win over New Zealand's Kai Kara-France at Legend FC 11 in Kuala Lumpur, Malaysia.