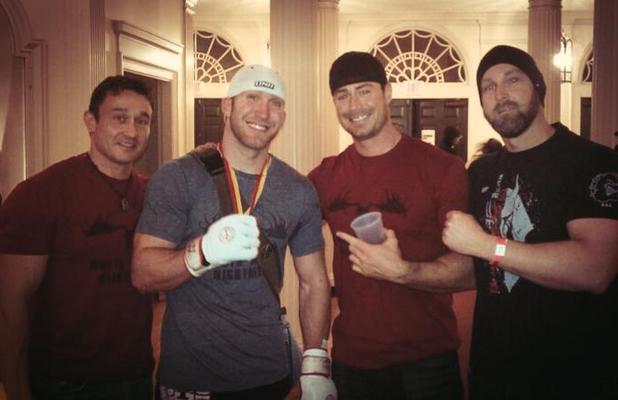 Haley, a native of New Hampshire’s Great North Woods, graduated from Pittsburg High School (New Hampshire) in 2000, amongst a class of just 15 students. Kevin’s competitive nature is something ingrained within him, born into a family of 4 brothers who grew up emulating superstars from football, hockey, and boxing, as well as the word of professional wrestling. A three sport athlete in high school, Kevin has always been eager to test himself through physical competition. Haley went on to further his education at the University of New Hampshire in Durham, New Hampshire where he graduated with a Bachelor’s degree in Psychology in 2007.

For Haley, his record has never been what matters to him, fighting simply for the competitive nature of the sport and to test what he has learned from his years in the gym. Constantly seeking out the highest level of competition he has shown that he will back down to nobody, a fighter’s fighter if you will. Kevin continues training with his team at both White Mountain BJJ (Craig Willey) and Nostos MMA under the tutelage of current UFC Lightweight Devin Powell. Kevin looks to continue to prove that he is a game opponent who takes some of the toughest fights in New England and more often than not, he gets his hand raised.

Outside of the cage Kevin is husband to his wife Lauren and a full-time father to the couple’s two young children, and resides with his family in Durham, NH. Kevin also enjoys volunteering within the communities in which he lives, using his success in MMA, as well as in life, to help inspire others. The Dover Brickhouse, Rutland Studios, and EverProven Crossfit, all of Dover NH, have been major supporters throughout his career. Kevin’s other sponsors include; ThinkSound, Crash Kimonos and Coors Light (Bayside Distributors).

A documentary titled "North Woods Nightmare", featuring Haley, was released in the Fall of 2017 by Boulder, Colorado based Sheepdog Productions.