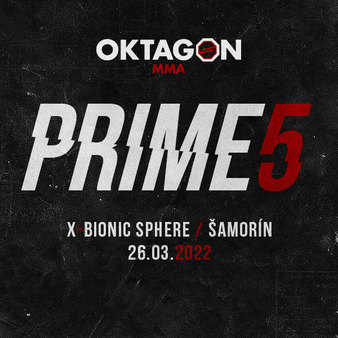 
As far for refs and judges, they are trying, they brought german ones, they have had the same ones that judges ufc event week prior etc., it certainly got better, but this is a sport wide problem, there are Sal D'Amatos and early/late stoppages that you can't avoid. It is just a bad look, if it goes to local fighter. Brito - Knize ws one of the worst ones recently, especially as Pesta - Puetz followed that resulted in doctor stoppage due to nose injury apparently very similar to Knize's one.You can't really solve the judges problem. At least they weeded out the draws, nobody dared to score a round 10-10 since Tomczak - Salcak I think. Keita - Paradeiser as was mentioned was scored strangely but it was not in favor of a home fighter (Paradeiser is Slovak, for the sake of argument regardless of venue let's consider Czech and Slovaks as home talent) and it was one judge scoring the fight strangely without impact on result, that seems to be an excess not trend, we get bogus split decisions in UFC every (other) week. There seems to be bit of a fault of judges weighting pressure too heavily and some guys doing better in decisions that others (Juracek - Pukac would be a good case, poor non-burger fight, but Juracek won on decision again; on the other hand Jungwirth got 2 close decisions going against him already).


What is also a problem is dirty tactics of some fighters and rare point deductions. Not eye pokes, thank god (maybe UFC gloves are really terrible after all), but cage grabbing galore. In recent middleweight title fight Kincl faced gloves holding whole rounds, shorts grabbing, cage grabbing and even after the round attack, that was really extreme, one point only deducted, but that fighter does it habitually all the time and Oktagon didn't weed out these trash fighters yet. Refs should be better, sometimes there are mistakes due to ineptude and in rare cases one can suspect an intenr even (Penaz got help in his last fight, as the ref broke out a clinch too quickly). Usually there are not that bad to single them out for something egregious,though.

But I came here to post this well edited video (turn on subtitles/captions as parts of it are in portugese) presenting Xavier's story (featuring Walker):

Happy for Brito after his **** robbery.

Tapology members can make predictions for upcoming MMA & Boxing fights. OKTAGON Prime 5 is closed for new predictions. 100 total members made predictions on this event, breaking down as follows below.

Leaderboard of the best predictions by member: OKTAGON Prime 5 Leaderboard