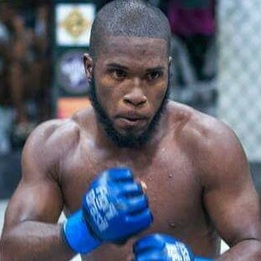 Keita vs Bark is such a good fight, this card is shaping up very nicely

8 fights in the span of a year for Bark, crazy.
Looking forward to this fantastic striking match-up.

Poppeck vs. Zawada
Alexander Poppeck, TKO, R1
Poppeck will never be good enough for the big leagues but he’s pretty solid on the regionals. Zawada is worse than his brother and much older

Lewis vs. Stolze
Niklas Stolze, TKO, R1
This should be an easy win for stolze. He’s not amazing but his opponent is just a can crusher

Keita vs. Bark
Losene Keita, TKO, R3
This is such a great prospect fight. Id bet Keita goes to the ufc if he wins and bark to dwcs should he win. I love barks actuvity but he’s still relatively green. He has lethal standup but hasn’t fully transitioned it to mma. However his power and his lethal knees have. Keita also has a Muay Thai background but has adapted it much better to mma. He also hits just as hard and is far less green than bark. Bark also has very suspect grappling so Keita can mix that in should he ever get hurt

Bocca vs. Odunjo
Tayo Odunjo, TKO, R2
Tayo looked really good before the pfl but then had an awful performance against a can. Hoping he has improved since then. I don’t know much about bocca