Ganbayar Tumurkhuyag defeats Vincent Majid via KO/TKO at 0:09 of Round 2 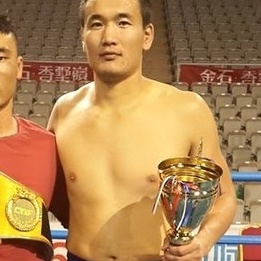 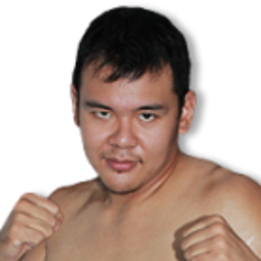 ONE Warrior Series 9
"The official Tapology discussion thread for the event!" (1 year, 5 months)

Bactol vs. Xie
Wei Xie, TKO, R2
I'm still a little surprised to see Wei Xie still taking fights on the ONE Hero/Warrior Series. He's KO'd 4 straight opponents, the last 2 in Round 1. I see the streak of opponents laid waste by KO continuing. Within 10 minutes.

Ale vs. Anh Do
Viet Anh Do, TKO, R1
India does not produce good fighters. So I do not count those wins for ****. Anh Do gets a quick and easy KO

Bactol vs. Xie
Wei Xie, TKO, R1
Should be a straight forward KO for Xie here and then get himself a spot on ONE Championships next show in China, I think they have 1 this month? Or early next year, I expect Xie to join ONE's curent crop of talented young Chinese fighters. they better start scooping them up soon because the UFC PI is open and you better believe they will be scouring the country for talent, now they have a Champion, plus a future contender in Zang Weilei and Yadong Song the UFC push into China may actually take off next year!

Prates vs. Luciano
Joseph Luciano, DEC
Now Prates is a Muay Thai guy who has had enough time in MMA to develop his game and become more wel rounded. Yes, striking is his forte but he can defend a takedown or when taken down, like his last fight against a Dagestani, get back to his feet, create scrambles or just do damage from his back. I was impressed with Lucianos last fight. He looks like he could develop into a pretty decent fighter, I really like all the amateur experience, a 12-3 record, he has from fighting at the IMMAF Worlds and Asian Championships. They are a great place for young fighters to gain experience before turning professional. You can see the benefits of that with Luciano as he fights with a lot more poise than your typical 1-0 rookie. I'm real tempted to take the underdog here, these ONE Warrior series are always good for 3 or 4 of them and this has as much a chance as any to be that upset. Feck it Ozzie Ozzie Ozzie Oi Oi OI!!!!

Motamed vs. Yoshino
Ali Motamed, TKO, R3
Motamed ha sthe worse record on paper, fights aren't fought on paper! Motamed has fought and beaten better guys. Motamed comes from a better camp. I watched Motameds last fight and was impressed, Yoshino sc****d a decision over Chan Rothana, the guy ONE drags out for people to STOMP!

Khongsawat vs. Kim
Joo Hwan Kim, DEC
After watching ONE regularly for the past couple years I've seen WAY too many fights between undefeated Muay Thai guys who everybody picks to win only for them to have absolutely no ground game and the get dominated on the ground and/or submitted. I'm backing Kim to have a ground game good enough to take the striking out of the equation and another Muay Thai guy loses his 0

Seo vs. Catalan
Ji Yeon Seo, SUB, R3
There's a Catalan sister TOO!!! There's 3 brothers and a cousin, I think? in ONE, Robin, Rene, Ruel, Rabin! Now there's a ****** sister TOO! Haha! I wanna pick her to win just for that. I'm prety sure ONE will like her too, as they seem to like the brotheres, giving Robin and Rene title fights, Rene just fought Pacio a few weeks back. Anyway, I've seen Yin Seo last 3 fights in the Warrior Series and she is beatable, puts herself in bad positions. But she has some decent BJJ skills herself and a lot more experience. She should win this 1 but I will not be surprised if the Catalan sister gets the upset

Crowley vs. Ferreira
Nyrene Crowley, SUB, R3
I remember picking Ferreira in her last fight, I think everyone did 95%! I was extremley underwhelmed with her! She is definetly 1 of these strength, power, bully type fighters! If its going her way then she is great, any push back and she folds! She has a win over Crowley but if Crowley and her camp, Bali MMA is 1 of the better in that region, then they surely will see a gameplan to beat Ferreira. Don't clinch, movement, use a jab, low kicks, she has a kickboxing background so she is capable of that. Ferreira also suffers the curse of the muscle bound fighter, no gas! Crowley wins tyh rematch, maybe even gets a late finish over an exhuasted Ferreira

Ha vs. Obst
Kristy Obst, TKO, R3
2 decent Austrailan Kickboxing based women. most likely gonna be a kickboxing match with 4 oz gloves here! Not quite sure why so many are favouring Uyen Ha here? Other than she is from a well known camp. Obst is pretty nasty, her last fight she completely destroyed her poor opponents nose! I remember thinking that was pretty nasty at the time so for that and the fact that I can't resist an underdog I'm gonna pick her!!

Purev vs. Park
Otgonjargal Purev, TKO, R1
I always back the Mongo! They are a fighting warrior race!